The End of LIBOR: An Overview of the Legal Implications for the Financial Market of El Salvador

The London Inter-Bank Offered Rate (LIBOR) has been described as the most important financial number. LIBOR is an essential component for the international financial markets, a statement proven by its widespread use worldwide. By the beginning of 2021, it was estimated that LIBOR underpinned financial contracts worth approximately US$ 200 trillion for products such as syndicated loans, bonds, and derivatives. However, in 2017, Andrew Bailey, former chief of the Financial Conduct Authority (FCA) of England, announced a transition to discontinue LIBOR after 2021. Since this announcement, the international financial markets have led a challenging transition away from LIBOR.

In 2022, LIBOR will continue to be very important for the financial markets. However, LIBOR is losing its preponderant role every day. For instance, several LIBOR quotes have been discontinued, and it is expected that the most important ones (US LIBOR 3 and 6 months, among others) will exist for a limited time and limited use. Hence, the leading international financial markets’ financial regulators have stressed LIBOR’s inevitable and imminent ending.

El Salvador does not escape from the transition’s repercussions. Locally, LIBOR is used in several credit agreements (both local and cross-border), many of which will be affected by the transition. The purpose of this article is to provide an overview of the main legal implication of LIBOR’s discontinuation in El Salvador, for which the following topics will be discussed: (1) LIBOR’s main characteristics, (2) the existing alternatives to replace LIBOR, (3) the main implications and challenges for a transition in El Salvador and (4) some recommendation to achieve a successful transition.

LIBOR is a benchmark used as a reference rate in several financial products, such as loans, bonds, and derivatives. LIBOR measures the interest at which banks can borrow in the interbank market on a short-term and unsecured basis. LIBOR is calculated by averaging the quotes submitted by a panel comprised of a selected group of international banks in the London market.

LIBOR serves different purposes in the financial markets. The rate is often used as a reference rate to calculate interest payments on contracts or instruments subject to a variable rate and as a method to manage the funding costs of financial entities, among other purposes.

The rate has two main characteristics.

LIBOR transition has been described as one of the most transcendental events financial markets have faced in the last few decades. Some of the main challenges include: First, the market has to find an interest rate to replace LIBOR. Second, a solution is needed for those contracts that reference LIBOR and will continue to exist after LIBOR’s discontinuation. When the rate ceases to exist, a significant number of contracts that reference LIBOR will end without a reference rate to fix their payments. The authorities encourage a market lead transition in which market participants adopt Risk-Free Rates (RFRs) as a possible alternative.

LIBOR is used in several local and cross-border financing transactions. In the local banking industry, banks and other credit entities grant credits facilities subject to LIBOR when their funding sources are similarly connected to the rate. In cross-border financings, whereby foreign credit entities provide financing to Salvadoran borrowers, LIBOR is common. Notwithstanding that in the majority of the cases, these agreements are governed by foreign laws, local borrowers tend to grant debt instruments to evidence the debt, such as promissory notes, acknowledgments, and securities, that are subject to Salvadoran Law and that incorporate the rate.

What is Risk-Free Rate?

The Risk-Free Rate (RFR) usually measures the rate at which participants can borrow and lend in low-risk and short-term transactions (generally daily). In the US, the Alternative Referent Rate Committee (ARRC) suggested the Secured Overnight Financing Rate (SOFR) as LIBOR replacement in the US dollar market. SOFR is based on overnight transactions in the US dollar treasury repo market and is administrated by the Federal Reserve Bank of New York. The repo market is the market in which borrowers pledge US securities as collateral under the agreement that they will purchase them back the following day at a higher price, emulating a short-term loan transaction. Since transactions are collateralized and on an overnight basis, the credit risk is minimum, and, consequently, SOFR (and RFRs in general) tends to reflect a lower value than LIBOR.

Differences between LIBOR and RFR

LIBOR and RFR are different in fundamental aspects. For instance, as the RFR measures transactions under conditions where credit and liquidity risks are negligible, it reflects little risk. Conversely, LIBOR takes into account other elements such as longer maturities and the panel of banks’ credit risk, which tends to be higher. Consequently, the RFR reflects a lower economic value than LIBOR.

On the other hand, the rates have different calculation mechanics. LIBOR is a forward-looking rate, meaning that interest payments are known in advance because they are fixed at the beginning of the interest period. In contrast, RFR looks at back-ward rates (as opposed to term rates), measures historical transactions, and is calculated daily. Since the RFR is backward-looking, contracting parties can only know payments due at the end of the interest period and not in advance.

These differences cause significant challenges for adopting the RFR as an alternative to LIBOR.

As LIBOR is a forward-looking rate that allows anticipating payments, the rate facilitates creditors and borrowers to manage their budgets and financial flows. However, in principle, RFR does not offer this benefit, which can cause several inconveniences. The market has developed mechanics to mitigate these problems and reduce the uncertainty of not knowing the applicable interest rate beforehand. In summary, the mechanic calculates interest payments by compounding RFR daily rates during an observation period before the payment date. This has allowed some financial products, such as bonds and certain loans, to adopt the RFR. However, this is no panacea. Additionally, the global markets and regulators are working on creating a forward-looking RFR, as for example, the CMR Term SOFR Reference Rates.

This could be a challenge for Salvadoran banking institutions since many banks probably do not have the required system to manage RFRs properly.

The direct/simple conversion from LIBOR to RFRs is not commercially acceptable as RFRs reflect a lower value than LIBOR and could adversely alter the contracts’ pricing. Hence, an adjustment or “add-on” must be included to compensate for the economic difference between the two rates (i.e., including an additional margin over the RFR to reflect a value similar to LIBOR). Measuring this spread could be complex, and the market is working on a consensus regarding the best alternative to achieve this conversion.

Contractually, the transition also creates significant challenges. A substantial number of contracts may not contemplate provisions to face LIBOR’s discontinuation and could end without a reference rate, rendering them unviable.

Recent agreements usually set forth provisions to address LIBOR’s ending, such as mechanics to replace the rate automatically or granting powers to creditors to select a replacement rate provided that it ensures a neutral economic impact for the parties.

For those agreements that do not include LIBOR transition clauses or if it becomes unfeasible to active the fallback provisions, it will be impossible to calculate the applicable interest rate payment. This could result in disagreements and legal disputes among affected parties. Contractual provisions such as the force majeure or an unpredictability clause (“imprevisión“) both recognized by Salvadoran law, may grant limited solutions.

In respect of the promissory notes or debt instruments that are anchored to LIBOR, it is probable that in the majority of the cases, it will be necessary to replace them with new notes, forcing creditors to activate their replacement rights in the credit/loan documentation. Furthermore, given the complexities existing in the mechanics of calculating an RFR incorporating such rate in local promissory notes correctly could prove challenging.

LIBOR’s ending is imminent, and market players must be ready to face the challenges. Several alternatives and actions can be followed to mitigate the risks and achieve a successful transition. Below we describe some recommendations: 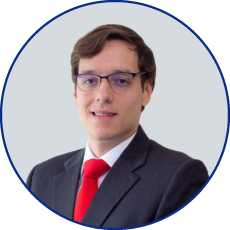