Impact of the Mining Industry in Nicaragua

Mining is one of the strongest industries with the greatest growth potential in Nicaragua. According to Central America Data, gold exports in Central America reached an increase of 387% in 2021, and Nicaragua is in the lead with $1.534.3 billion from the United States, well above its peers on the isthmus.

According to official sources, mining occupies the number one position among Nicaragua export items, being a sustained position over time and surpassing the meat industry by more than $150 million, which ranked second as an item of export in the year 2021.

With around 7 industrial mining facilities located throughout the country, with installed capacity to process from 500 tons to 6,000 tons per day, approximately, Nicaragua has made a significant leap from exploration to exploitation of mineral deposits for export, with leading companies in the sector from different countries and regions of the world, allowing the development of a sustainable mining activity with the highest international industry standards.

Nicaragua has a modern and solid legal framework in the field of mining, providing legal certainty to the industry and fostering an attractive and dynamic investment climate, which has allowed large and small national and foreign companies to invest in exploration and exploitation in the country.

The mining concessions grant their holders the exclusive rights for the exploration, exploitation, and establishment of Benefit Plants on the group of existing mineral deposits in the concession area; and are granted for a period of 25 years that can be extended once for an equal period in compliance with the requirements of the law, which is very attractive and of special interest to investors and companies, who can develop their short, medium and long-term projects in a climate of stability.

*BLP is the legal advisor to many of the most prominent international companies in Nicaragua in the mining sector. 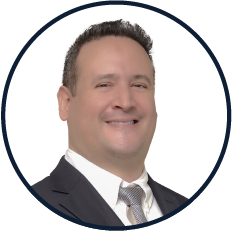