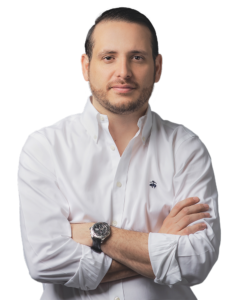 Pablo is a Partner in the Banking & Finance practice and in the Projects, Energy, and Infrastructure Group, overseeing projects in Costa Rica, Guatemala, El Salvador, Nicaragua and Honduras. Pablo is based in San Jose, Costa Rica.

A lawyer with extensive experience in financial markets and cross-border transactions across Latin America and the Caribbean, his practice focuses on corporate, infrastructure, energy and multilateral-related financing in emerging markets, including infrastructure projects in energy (both conventional and renewable, in addition to energy efficiency), hospitality, transportation, agribusiness and manufacturing. An expert in overseeing complex transactions, Pablo has facilitated billions of dollars in investments and financings for the region.

Due to the breadth and success of his work in the Latin America region, he was named a Rising Star on Latinvex’s list of Top 50 Rising Stars (the list recognizes rising stars at international law firms doing business in the Latin American region and are selected based on scope and prominence of work, as well as future potential); a Rising Star Partner for Banking & Finance by IFLR1000; a ranked lawyer by Latin Lawyer 250, an approved counsel by LACCA, and many others.

Prior to joining BLP, Pablo was an Associate in the Global Projects, Energy, Natural Resources and Infrastructure group at Allen & Overy LLP based in Washington, D.C., focused on the LatAm practice. Before then, he was Counsel on the Infrastructure, Energy & Corporates legal team at the Inter-American Investment Corporation (IDB Invest) based in Washington, D.C., and Senior Associate at a Costa Rican law firm.